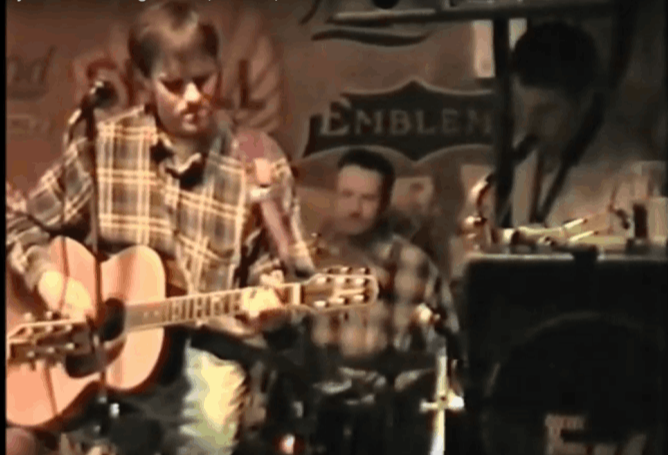 Owen Howell was a well known drummer who at the height of his playing career could boast sharing the stage with the likes of Suzie and the Banshees. In his playing career he played with Northern Ireland Punk standout bands Stage B and The Big Self. A Rocker/ Punk Rocker at heart, Owen found himself slowing things down a little as he played through the last stage of his drumming career with The Long Stay.

Owen was present at the band’s visits to gigs in Dublin and always gave his all when it came to performing with the band. He was the main drummer with the band when they recorded the tracks for First Collection in 1996 with Joe Goudie at Joe’s Garage.

He was a great talent who was well known throughout music circles in Northern Ireland. One of Owen’s favourite tracks by the band was It’s Never Over. Tragically, Owen died in 2005. The Long Stay are proud to have worked with Owen and are proud to have had him play with us for the First Collection recordings.

You can find out more about Owen Howell and his days as a Punk Rock Drummer by following this link: